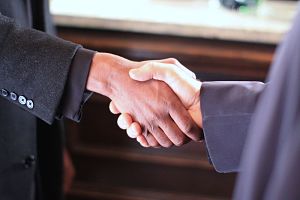 The latest PWC Deals quarterly report on the global transport and logistics (T&L) sector has revealed a 37% increase in the value of mergers and acquisitions, compared to a year earlier.

Overall, the sector reported 71 transactions (up 15% year-on-year) worth $43.3 billion during the third quarter of the year, experiencing the second highest level of quarterly deal volume and value in the last three years. The prior quarter to the end of June showed the largest deal value of the past three years at $45.1 billion.

The first nine months of 2017 have been so strong that the $110.3 billion in deals during the period is only 8.2% less than the entire deal value reported in the whole of 2016.

The logistics category contributed the most to total deal value (32%) in the third quarter, driven by this year’s second largest transaction – Nesta Investment acquiring Global Logistic Properties (GLP) for $11.6 billion.

Five of the ten largest T&L deals of 2017 were announced in the third quarter.

Shipping also performed strongly, driven by news of the acquisition of Orient Overseas for $6.3 billion by an investor group led by Cosco Shipping. In terms of the volume of deals, shipping transactions made up nearly a quarter of all mergers and acquisition in the quarter.

Asia & Oceania continued to be the largest geographic region in terms of deal volume and value.

The average quarterly deal volume so far this year is almost 20% higher than the average during 2015 and 2016, while average deal values have remained relatively stable, according to PWC.

“Some of the notable contributing factors to these trends are the continued buoyancy of the T&L deal market in Asia, which accounted for almost half of all deal volume in year-to-date 2017 and the increasing influence of financial investors in the sector, whose quarterly contribution to deal value in year-to-date 2017 increased by almost 50% when compared with full-year 2015 and 2016,” said the report.

In terms of investing themes, the year has seen continued consolidation in the shipping and trucking sectors, increased participation by financial investors and further deals driven by cross-border expansion, according to PWC.

“We would expect to see the continued influence of these themes for the rest of 2017 and into 2018,” predicted the company.