Telit Communications, which provides products and services for Internet of Things applications, has recently secured deals with two tier one automotive suppliers for the supply of its cellular modules. The company would not disclose the suppliers but said that it expected revenue from the deal to reach $33m. The latest deals bring the number of contracts Telit has secured with automotive tier one suppliers over the last year to six, worth a total revenue of $220m. 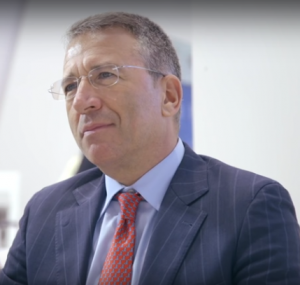 Telit is providing its ATOP 3.5G and UE910 modules, which will provide eCall and Era-Glonass functionality for Korean car models sold in Europe and Russia, and American and Chinese car models sold in China. It will also support cars and motorcycles from German automotive brands selling all over the world.

ATOP 3.5G is a new Telit platform for automotive telematics on-board units, which is designed to simplify the creation of applications such as road pricing and eCall by integrating all required technologies. eCall is the current European system for emergency response (mandatory from 2018) and Era-Glonass is the emergency response system used in Russia. In case of an accident, the systems in the car automatically alert emergency services and send location and sensor data to them.

The company explained that the automotive version of UE910 (EU V2 Auto) integrates automotive and other applications requiring an extended operating temperature range and mechanical ruggedness within the limited space inside electronics bays in vehicles.

“The selection of essentially all of our top-generation, automotive-grade modules for world-class projects like these is a great validation of the strategy we have been implementing for the automotive OEM segment.  eCall and Era-Glonass qualification processes are very complex due to the mission-critical element of the life-saving connection involved and it is rewarding to become the supplier for such a  large number of these automotive OEMs,” said Oozi Cats, Telit’s CEO. ”This is also a validation of the quality and performance already achieved by our expanding automotive business unit which has been receiving heavy investment in recent years.”

Telit will also supply LE920 and HE920 modules to tier one suppliers in the US and Japan to be integrated into infotainment and gateway platforms. The LE920 module applies to stringent requirements in the areas of quality assurance and traceability, as well as extended environmental tolerance for OEM automotive and harsh environment applications. The HE920 module is for OEM and aftermarket automotive applications.