Transition to automated trucks must be managed, warn trade bodies 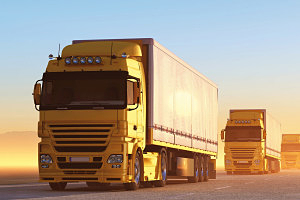 The potentially devastating effect of autonomous vehicles on truck drivers’ jobs means the transition to the technology will need to be carefully managed, according to a new report.

José Viegas, secretary-general of the ITF – an intergovernmental organisation with 57 member countries that acts as a policy think-tank and organises the annual summit of transport ministers – pointed out that self-driving trucks were already operating in controlled environments like ports and mines, while trials on public roads were already under way in the US and EU.

“Driverless trucks could be a regular presence on many roads within the next 10 years. Preparing now for the potentially negative social impact of job losses will mitigate the risks in case a rapid transition occurs,” he said.

The report recognises that self-driving trucks would help address the shortage of professional truck drivers in the US and Europe but also highlights the threat to millions of existing workers in the field.

Under one scenario studied, automated trucks could reduce the demand for drivers by 50-70% in the US and Europe by 2030, with up to 4.4m of a projected 6.4m professional trucking jobs becoming redundant.

Even if the emergence of driverless trucks begins to dissuade newcomers into the sector, over 2m drivers could be directly displaced, the report suggested.

Christian Labrot, president of the IRU, said: “Autonomous vehicles will help the haulage sector deal with the current shortage of drivers in many parts of the world. However, we have to remember that the dedicated drivers of today will need to be retrained tomorrow, and we must keep attracting professionals into road transport. We all need to work together for a smooth transition to driverless technology.”

The report goes on to make four recommendations to ensure such a smooth transition: establishing a transition advisory board, introducing a temporary permit system to manage the speed of adoption, creating international sets of standards and rules for self-driving trucks, and continuing pilot projects to test the technology.

“Harmonisation of rules across countries is critical for maximising the gains from driverless truck technology. Automated trucks are clearly not a national issue, as they should be able to move smoothly across borders,” said Erik Jonnaert, secretary general of ACEA. “We need international standards, legislation and processes to obtain exemptions from road rules that are appropriate for self-driving trucks.”

Steve Cotton, general secretary of the International Transport Workers’ Federation, said trade unions representing drivers must be a part of any transition process.

The federation is a global association of around 700 unions representing over 4.5m transport workers.

“Self-driving trucks threaten to disrupt the careers and lives of millions of professional truck drivers. This report is a timely investigation into how that transition could happen. Its recommendations will help governments to ensure a just transition for affected drivers,” said Cotton.