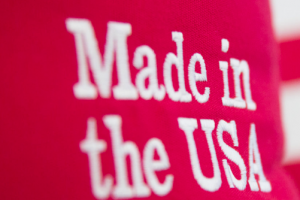 Hinting at potential supply chain disruption, Toyota said: “There is no vehicle [made] in the United States … that is sole-sourced from exclusively US parts and components.”

The US Chamber of Commerce commented: “If this proposal is carried out, it would deal a staggering blow to the very industry it purports to protect and risk igniting a global trade war.”

Rufus Yerxa, president of free-trade lobby group the National Foreign Trade Council (NFTC), warned retaliatory tariffs from other countries would make it nearly impossible for US manufacturers to sell their cars abroad.

Making a tilt at the stated reason for possible levies, Washington-based lobby group Global Automakers said: “America does not go to war in a Ford Fiesta.”

The possibility of tariffs on automotive imports stems from a US commerce department investigation into whether they pose a threat to national security. The probe is covered by Section 232 of the Trade Expansion Act of 1962 – the same piece of legislation which enabled the Trump administration to impose import tariffs of 25% on steel and 10% on aluminium, two key input materials in manufacturing a car.

The US is reported to have imported more than $300 billion in cars and parts last year, more than 10 times the value of the steel shipped in.

On the supply chain impact of proposed automotive levies, Japan’s Toyota said: “Tariffs on imported parts will disrupt US-based production of motor vehicles, since it will deprive our US manufacturing plants of key parts and components.

Common themes running through the objections from Toyota and others is that free and fair trade is the best way to create sustained growth for the automotive industry as it provides job opportunities for US workers and offers more choice and greater value for US consumers. Erecting trade barriers will invite retaliation from other nations and undermine America’s leadership, exports and competitiveness overseas.

[mpu_ad] We exported two million autos last year, and we can grow that number if our government concentrates on opening foreign markets instead of raising barriers and costs here at home,” said the NFTC’s Yerxa. More than $99 billion of autos and parts were shipped from US ports to at least 88 countries last year, according to sector body, the Automotive Alliance.

US car maker General Motors warned “erecting broad-brush trade barriers”would raise the price of its vehicles, lead to a loss of US jobs and could result in “a smaller GM, a reduced presence at home and abroad for this iconic American company".

South Korea’s Hyundai, which operates a car plant in Alabama,said duties would be devastating and jeopardise plans to expand its manufacturing base in the US.

In a submission to the US commerce department, Canadian auto parts maker Magna International wrote: “Tariffs or other trade barriers on imported automobiles and/or automotive parts would weaken the US economy and threaten to undermine the entire US.”

Industry analysts, quoted by the Automotive Alliance, say a 25% tariff on imported vehicles and components would result in a 1.5% decline in production, up to 2m fewer sales, and cause 195,000 US workers to lose their job, rising to 624,000 if other countries retaliate with tariffs. The industry supports more than 7m jobs at 45 plants in 14 states.

Opinions vary on how much the showroom price of a car will increase should import duties be imposed. Based on a 25% levy adding $5,800 (€5,000) to the average price of an imported car, the Alliance likened that to a $45 billion tax on consumers based on 2017’ssales. It cautioned that figure does not include costs from tariffs on components.

Looking longer term, the Automotive Alliance warned the US would yield the lead in future vehicle technologies. “We are engaged in a global race to lead on the next generation of cutting-edge vehicle technologies, like automation and electrification. Tariffs on imported vehicles and their components would mean less capital for automakers to invest in these technologies, and thereby disrupt US leadership in the development of future innovations that promise so many benefits,” it argued.

The EU dismissed the Section 232 investigation as lacking legitimacy and factual basis, and claims it violates international trade rules. “The EU reiterates its firm opposition to the proliferation of measures taken on supposed national security grounds for the purposes of economic protection,” it said.

“Automobile imports from the EU do not threaten or impair the health of the US industry and economy. The EU and US industry specialise in largely different market segments and over the last five years imports from the EU have been stable and correlated to US general GDP growth. Imposing restrictive measures would undermine the current positive trends of the US automobile and automotive parts sector,” the 28-member trading bloc said.

And Brussels added: “EU car companies contribute significantly to US welfare and employment. They are well integrated in the US value chain and provide 120,000 direct upstream jobs in manufacturing plants and 420,000 jobs with dealers.”

In an interview with Fox News, Trump said the tariffs are needed partly because of the EU’s barriers to US-built vehicles. “The European Union is possibly as bad as China, just smaller. They send a Mercedes in, we can’t send our cars in,” the President said.

The EU’s import duty on US-made cars is 10%, versus 2% on EUcars in the US. But EU trade commissioner Cecilia Malmstrom said those tariffs only apply to around 15% of the car market, while the US has higher tariffs on trucks and other products.

White House trade adviser Peter Navarro defended the administration’s proposals in a CNN interview in which he said GM was using “smoke and mirrors” to deceive the public and suggested the impact of levies on the price of a GM car was equivalent to a luxury floor mat. “Even the GM cars built here, about half the content is foreign,” Navarro said, adding that US factories had become assembly plants stitching together components made elsewhere.