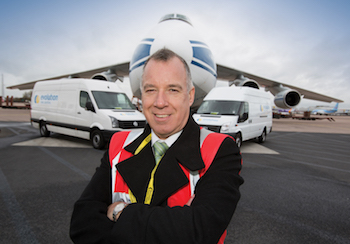 Emissions targets for OEMs are tighter and the method for testing efficiency is more stringent than ever before. As of the start of this month (September), all new vehicles must adhere to New Worldwide Harmonised Light Vehicle Test Procedure (WLTP) standards, which provide ‘real world’ fuel consumption figures and, therefore, make existing emissions targets more difficult to achieve. The tightening of these targets exacerbates the challenge for manufacturers.

Along with the rise of Low Emission Zones (LEZ) across Europe and the increasingly grubby public perception of diesel, WLTP is one of the factors influencing a shift in new car sales. These factors are placing increasing pressure on the automotive supply chain, in particular the suppliers of key emissions-reducing technologies.

In Europe, the ratio of diesel to petrol new car sales has been stable for more than a decade. However, this is changing rapidly, which is forcing vehicle manufacturers to change their powertrain production mix at equal speed or risk losing sales. As we know, you can’t just order more of one and less of the other. Supply chains are not that responsive, but OEMs now understand the potential of accelerating complex planning and delivery processes by utilising high-speed logistics. As such, we are seeing a substantial rise in the demand for premium freight solutions that are able to increase production agility levels and sustain robust supply chain links.

During the integration of WLTP standards, Evolution Time Critical has worked with several vehicle manufacturers and their suppliers to balance available components and shipments to accelerate delivery where necessary and ensure that production remains stable during times of uncertainty. Production delays can cause serious financial ramifications, and reputational damage - in the worst-case scenario, vehicle delivery delays that coincide with the UK’s latest number plate launch.

Testing timesWLTP-measured fuel consumption figures must be published for all new cars from January 1, 2019 and will be required to meet stricter CO2 targets a year later. The switch to WLTP standards is a slow process and the tests themselves take longer, but this is only one aspect of the difficulties faced by an adapting industry. Not only must manufacturers build more petrol vehicles, they must adhere to more stringent testing and meet expectations for reduced emissions. Consumers don’t want a new car that at first glance appears to have taken a backward step from their outgoing model.

[mpu_ad]Suppliers of vital emissions-reducing components, in particular, have been facing a demand for increased numbers within contracted lead-times, which has led to rising uptake of premium freight solutions to safeguard existing supply channels by accelerating shipments through air charter. A perfect storm is threatening in the form of a need to increase short-term capacity in preparation for new legislation and also to meet growing consumer demand for non-diesel powertrains.

According to figures published by the European Automobile Manufacturers Association, in 2018 diesel sales have dropped by 17% compared with last year. Petrol vehicles have accounted for 14.6 % of this drop, while electrified powertrain has also seen a surge in demand.

The supply chain for electrified powertrain poses its own challenges with regard to the handling and shipment of high-voltage, unfamiliar components, but the main pressures are generated by the necessary shift from diesel to petrol production.

The impact of WLTP standards, as a legislative representation of evolving consumer buying habits, is a short to mid-term challenge that is synonymous with a changing industry. Manufacturers’ move away from diesel is expected to be gradual as consumer expectations plateau, but the risks to supply chain robustness should be reduced by having overcome the initial jump to petrol production. It’s far easier to adapt production to meet anticipated demand when a past surge has been successfully overcome and links remain to the dedicated multi-modal logistics supplier that is familiar with optimal supply routes and production requirements.