Russia’s automotive supply chain continues to suffer from the impact of the Covid-19 pandemic but, while the future is uncertain, the country’s government is considering different ways to support logistics providers. Specific measures are expected to be approved by the end of June. 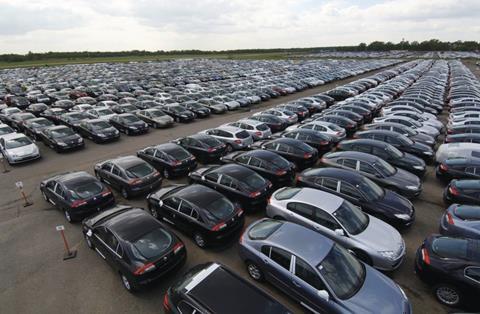 “Restrictive measures have led to some supply disruption and congestion in the majority of transport hubs, which has consequently affected terms and conditions of delivery,” said Valeria Seledkova, general director of logistics provider, Gefco Russia, adding that this could lead manufacturers to reconsider where they locate their manufacturing bases in the future.

The problem everybody in the industry is facing now is that the situation remains somewhat unpredictable.

“We already see certain changes in the logistics industry but the situation so far doesn’t lend itself to an accurate forecast, even in the short term,” said Seledkova. “There is no clear point of reference to give any estimates of possible losses or a drop in sales.”

The challenge for logistics providers is that manufacturers did not stop operations in full, everywhere, and at the same time.

“The suspension of production ranged from a few weeks to two months and, likewise, a return to standard operations is occurring at different times,” she observed, adding it was going to be important monitor consumer demand.

Supporting measures
In light of this the Russian government has promised to support the country’s logistics and transport industry and several measures are being discussed at a state level to support the industry. They include a simplification of the licensing system, deferring payment of insurance premiums and VAT, according to Seledkova, as well as a six-month moratorium on servicing loans and leasing payments. Measures also include lending under state guarantees, and compensation for rent and expenses for fuel.

“What is more, some logistics operators were included in the list of backbone companies in the country and can count on additional subsidies,” said Seledkova. “Together with state support, companies are developing solutions by themselves to deal with work in the current situation, adapting to changes in the market, introducing remote working, and in turn, supporting customers by discounts, deferred payments, and cancellation of fees for additional services,” she added.