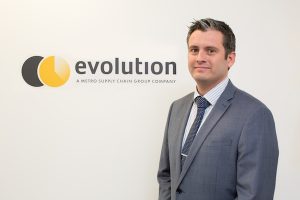 The company said the move comes as part of a company-wide expansion following an intensive recruitment drive in the UK, Europe and North America.

“We are delighted to appoint Graham to his new role following his tireless, tenacious work helping to grow Evolution Time Critical’s global reputation and customer base,” said Brad Brennan, managing director. “Having joined the company 11 years ago, he understands the nuances of our business and of the global automotive supply chain. In addition to growing our European customer base, he spearheaded the sales success experienced since we first began offering premium freight services to North American customers in 2013, and has delivered vital, complex projects for customers as far afield as China and South Africa.”

Evolution Time Critical was bought out by Metro Supply Chain Group in 2016, something that opened up opportunities for the company in North America and Brennan said that Little had been instrumental in delivering sales growth in the region.

“I am both delighted and excited by this new opportunity, and look forward to helping the company achieve continued growth, nurture existing partnerships and welcome new customers,” said Little.