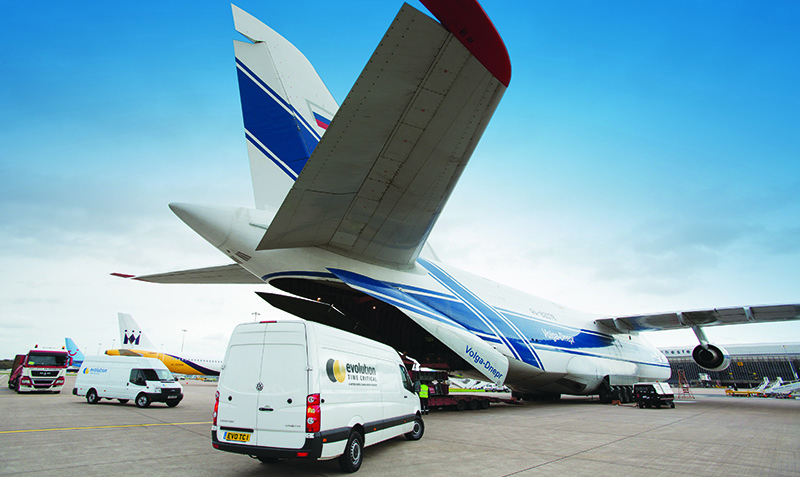 Project cargo logistics is a term that covers a wide range of activities, from the movement of unusually large or heavy loads to the management of time-critical ones. In basic terms, it can be defined as the coordination, planning and management of particularly challenging logistics projects.

In the automotive sector, examples might range from production line equipment moves to assisting tier component manufacturers with metal pressing and tooling movements, and the specialist transport of prototypes and finished vehicles.

[in_this_story align="right" border="yes"]One example of an especially large-scale ‘project logistics’ move was last year’s installation by Skoda Auto of a new press line for extra-large parts at its plant in Mladá Boleslav, in the Czech Republic. The press was built in Erfurt, Germany, and transport was a complex operation: more than 190 tonnes of equipment was moved 500km along the Elbe River and then 200km more by more than 40 trucks. Safe movement of the press was a study in precise multimodal logistics, managing regulations and procuring specialised equipment.

Such services appear to be growing in demand as manufacturers look to avoid the huge cost of downtime at plants. While the Skoda press move was planned in advance as part of a plant expansion and modernisation project, there are many recent examples in which tooling has been moved because of disruption or to avoid shutdowns. In such cases, there may not be time to use ocean or barge transport.

Neal Williams, group managing director at premium and emergency logistics provider Priority Freight, points to his company’s recent movement of heavy tooling for a US-based automotive client that required urgent delivery of an 88-tonne load within 48 hours. Priority Freight has also taken charge of a two-month project to move a client’s entire production base from Europe to China.

UK-based emergency freight provider Evolution Time Critical (ETC) also recently teamed up with a premium European carmaker when last-minute design changes delayed production of heavy press tooling that was being manufactured on the opposite side of the world.

“Production deadlines could not be jeopardised,’ explains ETC’s managing director Brad Brennan. “A traditional solution would normally be to compress the final phase of prototype validation but, as this was a latest generation programme going straight from screen to production specification, there was no intermediate stage to contract.

“The only alternative was to take time out of the tooling transit by creating an exactly timed sequence of consignments that utilised some of the world’s largest cargo aircraft as part of a multi-million-pound operation.”

Other moves are somewhat less dramatic, but still involve moving parts or finished vehicles in special conditions – for example, in extreme heat or freezing temperatures – as well as to remote locations. “Project logistics can relate to the transport of materials and equipment for R&D testing, such as in high altitudes in South America, cold conditions in Canada, or desert conditions in Nevada,” says Brennan. 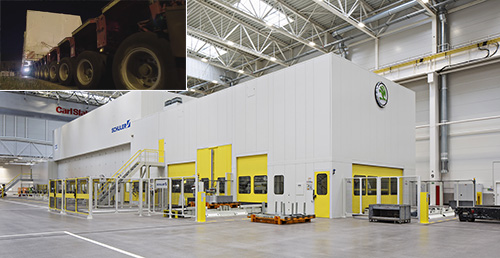 In 2016, 190 tonnes of equipment for a new press built in Erfurt, Germany, for Skoda’s plant in Mladá Boleslav, Czech Republic, was transported 500km by river and carried 200km by 40 trucks to its final destination

Neal Williams says that Priority Freight has been involved in flying premium cars to Dubai to deliver them to customers as quickly as possible. The company also supported Tesla in transporting finished vehicles for its promotional ‘Elduro80edays’, an around-the-world race of electric vehicles.

[sta_anchor id="1"]Stefan Bauer, logistics manager at IQS Logistic Consulting, which manages specialised finished vehicle transport, also points to a range of situations where vehicles are transported by bespoke means, be it for the unveiling of a first full-size design model at a motor show, for research events or for test drives ahead of a market launch.

OEMs may use specialised transport to test cars in the most extreme weather conditions or simply to avoid the public gaze. For example, OEMs wishing to protect secret or particularly high-value cars from both observation and damage will seek to move their vehicles in specially built car containers by air or ocean freight.

Bringing out the project teamsWhile shipping parts, vehicles and even presses by air is not particularly new, growing demand has led some specialist freight providers to set up divisions or specific services built around project cargo for the automotive sector. These groups are distinguished in part by their ability to respond immediately in the event of an unexpected disruption and to arrange multimodal transport very quickly.

Brennan says one of the reasons behind creating the division is that the automotive supply chain is seeing greater deadline pressure as more new models are prepared for launch in tighter and potentially conflicting timescales. These require teams with strong knowledge, contacts and IT systems to ensure access to specialist transport modes quickly.

“Last-minute specification changes due to design or safety tweaks, legislative changes, procurement delays or customer demand changes also mean that vehicle manufacturers – and their supply chains – must display a greater level of agility than ever before if engineering changes are to be made pre-launch or during vehicle manufacture,” he says.

ETC recently worked alongside a long-standing automotive client to move complex tooling systems from a plant in Mexico to a new assembly location in North Africa, without interrupting supply to customers throughout Europe.

[mpu_ad]Brennan says the difficult nature of the assignment called for “meticulous” planning, allowing the project team to “proactively fill the supply chain, move the tooling, work with tier two suppliers to restart production and then refill the supply chain without interruption to production”.

Franz-Joseph Miller, chief executive at time:matters, an express delivery subsidiary of Lufthansa cargo with many automotive clients, agrees that the automotive logistics business is getting faster, driven by shorter product cycles and complex just-in-time and just-in-sequence systems.

“Warehouse structures are being centralised but service times are actually getting shorter. Also, production bottlenecks happen sometimes, so having us already integrated in the supply chain means planning an emergency ahead and having the solution already on hand,” he says.

These changes have led his company, among others, to get more involved in complex transport arrangements. For Miller, providers of such time-critical project cargo must be able to offer customers a package encompassing the complete transport process, from pick-up to delivery and customs clearance. Such ‘umbrella’ solutions generally also include aspects such as special handling processes, single-shipment handling, active monitoring and recovery processes in case of any irregularities.

Companies handling such transport also often have to deal with the complexities of coordinating and managing multiple stakeholders in one project. By their very nature, these shipments involve strict confidentiality requirements when clients wish to keep projects under the radar.

[sta_anchor id="2"]Neal Williams at Priority Freight says the best way to overcome such challenges is to establish dedicated teams for the job that are experienced at multimodal logistics solutions, and to use technology effectively.

“The utilisation of good software tools with 24/7 real-time tracking provides everyone involved with the control and visibility required to forward-plan,” he states. “The ability to position dedicated teams on location is key, particularly to take control and manage the project on a 24-hour basis, as many of these projects are on a global scale.”

New technology effectsWhile recent trends have led to growth in specialised shipments, opinions differ over what impacts digitalisation and new technology will have on the overall supply chain. For example, since they don’t have a traditional powertrain, electric vehicles have far fewer moving parts and potential supply locations; meanwhile, new methods to build and supply parts may change the way business is done today. 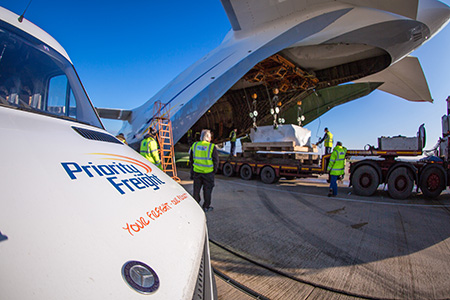 Stefan Bauer of IQS suggests autonomous driving, electric vehicles and 3D printing will emerge as key trends for vehicle cargo logistics. Vehicles, for example, will undertake many elements of the logistics process themselves.

“3D printing will also make logistics for certain parts obsolete because you will be able to print the required parts within minutes,” he notes. “In addition, the continuous research and development of lithium-ion batteries or new battery technologies and alternative energy sources will remain a big topic.”

On the other hand, new technology brings its own logistics complications – some of which specialist providers may be called upon to solve. Bauer points to the challenges in transporting lithium-ion batteries, including untested and damaged units. Their combustible properties and the storage and transit regulations that apply rule out moving them on commercial airliners. Such restrictions make it difficult to find the right transport mode and cost for the customer’s time schedule, he says.

“Besides that, compliance with customs regulations and the need to make sure that sensitive or secret cars or car models are handled the right way by all parties involved – and will be delivered or picked up as scheduled – are the biggest challenges,” Bauer adds.

Meanwhile, changes to regulations and geopolitical developments, whether in Nafta renegotiations or new trading terms following Brexit, could weaken or destabilise current supply chains. However, they may also increase demand for more specialist solutions and contingencies.

[sta_anchor id="3"][related_topics align="right" border="yes"] Brad Brennan predicts there will be a review of supply chain operations, which, in turn, “could introduce new production trends and logistical challenges, depending on changes to legislation”.

“As line stoppages are very cost-intensive, ‘next-flight-out’ solutions are helping to balance complexity,” he explains. “Also, the warehouse structure will be further decentralised so the aftersales market will face further challenges that need to be solved with aligned logistics concepts.”

Priority Freight’s Neal Williams believes ongoing innovation will remain a key factor in the automotive project logistics sector over the next few years and will, he says, “include further development of mobile collaborative software to assist with efficient project management so all stakeholders can communicate, contribute and update on the same platform”.

Whether the end result is more shipments or not, the requirement for specialist firms to help manage and optimise time-critical or physically awkward loads looks set to rise.