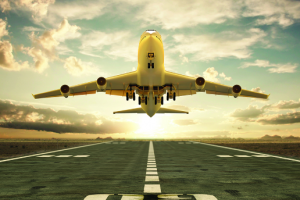 Time-critical shipment specialist, Royale International, has opened a divisional office in Mexico in response to a 400% increase in the movement of automotive parts over the last five years.

According to Salvador Marin, senior account manager at Royale International, Mexico is now the company’s third biggest country in terms of revenue, behind the China and the US.

The company said the new office would allow it to improve the current service and grow the business further in Mexico and beyond. Royale International deals mainly with the automotive sector into Mexico, including OEMs, tier one and tier two suppliers, with active client numbers between 30-50 in an average month.

Marin added that the office would enable it to strengthen its brand awareness across the country.

“Whilst we have been present in the Mexican market for many years by supporting third-party operations or working with agents, our own entity now gives us the ability to dictate our own growth and development,” he told Automotive Logistics. “Royale Mexico will be able to work on more cost-effective solutions by having direct control over vendors, as well as offering a more efficient service by being on the ground in the country; all key factors in what is a very competitive market.”

Marin said the company expected solid growth from both its existing client base and new wins over the next couple of years.

Royale is currently handling “a considerable flow of shipments” of urgent components and parts from suppliers in Asia and Europe to production lines in Mexico.

“Our largest growth lanes have been from Asia into Mexico, especially jobs originating from China,” said Marin. “We are also now seeing a lot more business within the Nafta region from the US to Mexico and vice-versa, although this remains a very competitive arena.”

Mexico is currently widening trade links and dealing with more foreign carmakers outside of the US, including in Asia, something that is of specific benefit to Royale given its presence in the region.

“Being in Asia is a big advantage for us over the competition,” said Marin. “Whilst many companies can handle Mexico and the US, few can boast a truly global footprint and our expertise within Asia is proving invaluable.”

Carmakers and suppliers in Mexico with complicated material planning schedules are still having to deal with problems relating to congestion and lagging infrastructure development. That is affecting the inbound supply chain and leading to greater demand for expedited services, though improvements and investment are being made.

“The local government needs to improve these issues if they want Mexico to continue to remain competitive on the world stage,” said Marin. “We have seen situations where our clients come to us to expedite material because they have a container ship waiting for a line to become free. There are also problems with customs procedures. Changes need to be made so the process is more straightforward for the whole supply chain."

Asked whether he expected any renegotiation of the Nafta agreement or the decision by the Trump administration to withdraw from the TPP agreement to affect business, Marin was confident that the company could deal with whatever lay ahead.

“At this point we haven’t seen any decline in terms of volume due the new policies by the Trump administration,” said Marin. “With our global presence, we believe we can be ready to weather any storms this may bring.”