The Georgia Ports Authority (GPA) has added 40 acres (16 hectares) of dedicated ro-ro space at Brunswick port’s Colonel’s Island Terminal. The additional dock space increases the car storage area at the vehicle terminal by 6,000 spaces and will help speed vessel turnaround, according to the authority. 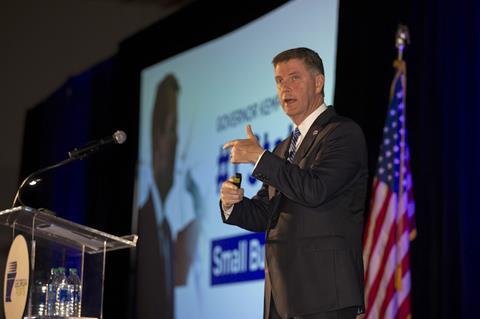 “Construction is complete and the new space is now open for ro-ro operations,” said GPA executive director Griff Lynch (pictured). “With this expansion, the port of Brunswick is ready to take on substantial new business.”

The development includes the addition of 14,100 feet (4,300 metres) of rail track and provides a nine-acre staging area for high and heavy equipment.

According to the GPA the installation of rail infrastructure will allow Brunswick to expand service in markets west of the Mississippi River and into the US Midwest. In 2019 (financial year), more than 110,000 vehicles were transported to inland markets from Brunswick by rail. Colonel’s Island Terminal has links to the hinterland via the Golden Isles Terminal Railroad, which interchanges with Class 1 rail providers CSX and Norfolk Southern.

The GPA has also added a second access road between the docks and the island’s south side. This provides a more direct route to existing auto processing lots and new development on the south end of the terminal.

“Brunswick’s proximity to south-eastern dealerships and auto manufacturers, combined with its ability to reach important inland markets via CSX and Norfolk Southern, makes it an ideal hub for the import-export of vehicles,” said GPA board chairman Will McKnight. “Service from nine ocean carriers means Brunswick has the global connections to efficiently move exports and imports.”

At the Brunswick State of the Port event held last week Lynch thanked BMW for signing a new 20-year contract to move vehicles through Colonel’s Island Terminal. The carmaker has used the port since 1988 and in the last 15 years has moved 612,000 vehicles through Brunswick. Other customers include Mercedes-Benz, Hyundai, Kia, Porsche and Volvo. In 2018 the port handled more than 633,000 vehicles.

Deliberate grounding of Golden Ray
At the State of the Port event Lynch also thanked the US Coast Guard, Brunswick Bar Pilots and port workers for their efforts in dealing with the capsize of the car carrier Golden Ray, which happened on September 8.

“The coast guard and our Brunswick maritime community came together in an impressive display of teamwork, focused first on the safety of the crew, and now on protecting the natural environment and the safety of vessel operations,” Lynch said. “In only four days, we were able to reopen the port, protecting the livelihoods of our direct employees and thousands of others across the region. On behalf of the Georgia Ports Authority, I would like to thank all those involved in the rescue and salvage operations.”

The vessel capsized while heading out to sea with 4,200 vehicles on board. According to the Brunswick News the pilot of the Golden Ray deliberately took the vessel out of the channel and grounded it following a reported fire, though further details were not available at time of press.