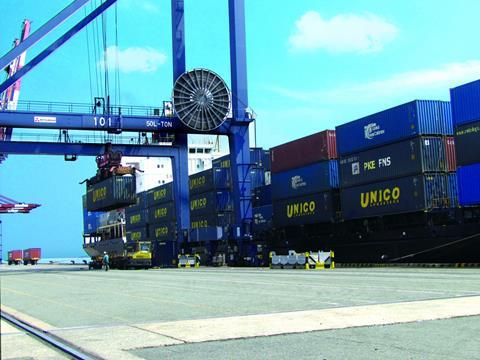 Container terminal giant DP World is buying a majority 60% stake in South Korean multimodal transport provider Unico Logistics in a move designed to expand its logistics service offering, including in the automotive sector.

Unico has 25 global subsidiaries and is one of the largest independent NVOCC (non-vessel operating common carrier) in South Korea.

DP World said the purchase would provide a platform to drive synergies between it and Unico in the Asia Pacific and European regions.

Unico provides a range of services for the automotive sector, one of five main sectors it serves, something that chimes well with DP World, which also has a declared strategic focus on automotive. For example, DP World is already engaged in the vehicle and transport sector in the United Arab Emirates with vehicle-makers such as GM, Mitsubishi and Volkswagen.

Unico also has a strong showing in the growing transcontinental rail freight market between East-Asia and Central-Asia and Russia, in particular on the strategically important Trans-Siberian Railway (TSR) and Trans China Railway (TCR).

“DP World’s vision is to become the leading end-to-end supply chain solutions provider,” said DP World’s CEO and chairman Sultan Ahmend Bin Sulayem. “By integrating Unico into our worldwide network we will be able to offer better service to our customers in South Korea and beyond. These new services further strengthen our logistics capabilities, which we are combining with our maritime services operations and our worldwide network of ports and terminals.”

The two companies are expected to close the deal in the fourth quarter of this year.

Last month DP World completed the integration of Unifeeder into its network, securing feeder and short-sea services in northern Europe and throughout the Mediterranean and Northern Africa regions, as well as connecting ports in South East Asia, the Indian subcontinent and the Middle East.